Mudabbir Ali writes about the dynamic life of Farjad Hussain

I want to talk about my friend Shaheed Farjad Hussain and present to you a side of him which many are not aware of.

Farjad was brutally murdered in Naltar, Gilgit last week. The circumstances that led to his murder are being investigated by authorities. I am not here to talk about his death. I wish to share with you the rich mosaic of his life.

Those who personally knew him will agree with me when I say that his was the friendliest soul, filled with a generous spirit of service for humankind. He loved to befriend new people, especially students from Gilgit-Baltistan. His friendships transcended ethnic, linguistic and sectarian divisions. His friendliness and his aim to serve humanity were reflected in his participation in various social forums, such as Gilgit Baltistan Youth Council and Progressive Students’ Collective.

Farjad was a student of sports at the University of Central Punjab (UCP) Lahore and a gold medal-holding Ski player who represented his own institution and HEC in many institutional and national tournaments. 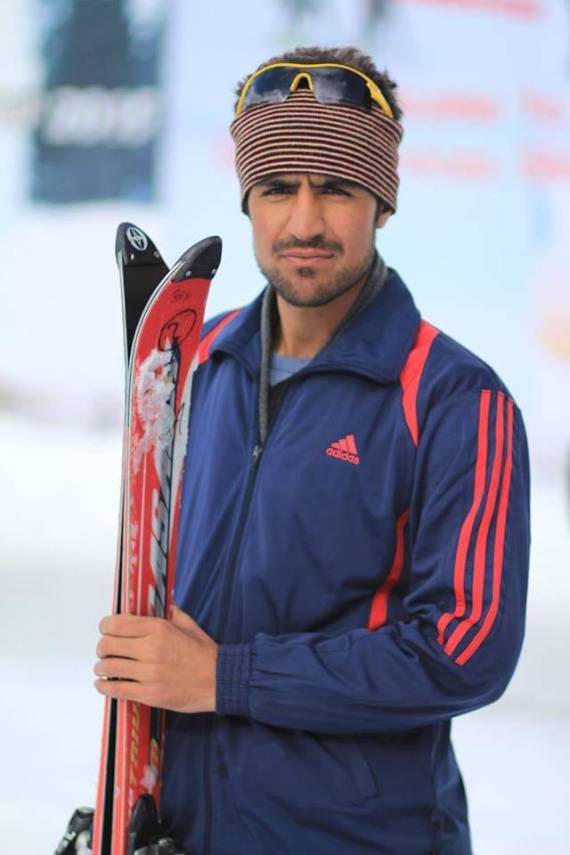 Farjad was also an entrepreneur; he bought a small restaurant in Anarkali Bazar called Mamtu De Hunza. He wanted to popularise it as an alternative public space. Mamtu De Hunza very quickly became a place for students to spend some quality time, especially those who studied at GCU, NCA, PU and KE. The restaurant was such a place of comfort that students would go and stay there for hours. He would never complain about their presence –  he built a place which was greatly loved by people.

Farjad’s restaurant became a kind of home for all those students who believed that the society needs some fixes, and for many this place also invoked the feeling of resistance. When this business turned unprofitable, Farjad went on to make other business ventures. He ran a tourist company registered as Myadventure.pk. He was actively involved in promoting the hidden potentials of tourism in Gilgit-Baltistan.

Farjad believed in humanity more than any religion and was deeply moved by the existing oppression around the world. However, he was a practical man and knew his context, limits, restrictions, resources and time. He would preach the same to his companions who were at forefront of the students’ struggle against oppression in Lahore.

I spent my final days in Lahore as his roommate. We lived like brothers, where he chose to forego his own comforts for my sake by putting my interest over his own. He was concerned and at times frustrated that his political consciousness was of no use unless it could translate to political action in support of the oppressed.

There are many other living examples that testify to his good civic sense and spirit of service to humanity. All these should be enough reason for one to refrain from seeing his murder as merely the result of a sectarian conflict. Farjad’s lack of indulgence in sectarian issues, his close interactions with people of other sects and absence of family rivalries with other residents of Naltar, all point to the fact that he was silenced for showing the courage to speak about the land-grabbing issue in Naltar in particular and for speaking about the rights of the region (GB) in general.

The Students’ Herald News Desk focuses on reporting the latest news regarding student politics and campus updates to you.

The News Desk can be reached at admin@thestudentsherald.com

One thought on “Farewell, my friend Farjad”

Network tells the story of how UBS, a fictional news network that…

Book Review: Between The Great Divide

ANAM ZAHRA   "In a world where doctors can cure cancer and…

In this piece, Muhammad Shehryar reviews the latest book which has been…

If you are a student and have something to say, we would love to hear from you.

Subscribe to get out latest posts delivered right into your inbox.